Following is the speech of the first half of my talk at ALAN on Nov 19, 2018. It touches on an event that happened at a panel at NCTE on Saturday. Video is likely to follow, but I wanted this to get out there. I will post the text of the second half of the talk, which is more about toxic masculinity and my forthcoming novel, THE MUSIC OF WHAT HAPPENS, tomorrow.

Thank you. I am honored to be here with you today.

As some of you may know…

I write with the idea that teachers will read my scholarship. That includes peer reviewed articles, invited pieces, and this blog. So, when I write, I am always talking to teachers who are the influencers what gets read in the classroom. Now, don’t get me wrong there are others who read my scholarship — librarians, parents, other scholars — and that’s great but I’m in teacher education for a reason.

They (who are THEY anyway?) say numbers don’t lie – but I’d say they only tell part of the story. The numbers on the teacher  representation are undeniable …. it is a White world in teacher education. The latest statistics show a little over 80% of teachers are White, and 77% are women (Taie and Goldring, 2018) and that isn’t likely to change anytime soon. At the same time, 51% of students are non-White and that number is increasing in…

I’ve written at some length about how American Girl’s story model is pretty inherently gay: take a girl from a given historical period, have her run up against the gendered conventions of the era, ???, profit. The line was always meant to run counter to hypersexualized dolls like Barbie and Bratz, and so the focus of all the stories is female friendship. It is a rare thing for an American Girl to even speak to a boy to whom she’s not related. And when this does happen, it’s probably because the boy was antagonizing the American Girl in question, and she had to put him in his place. See left, where Kit Kittredge is wasting some Young Republican because he insulted her impoverished family.

Anyway, the upshot of all this is that all of the American Girl stories are inherently gay. Or, at the very least, relatable and safe for…

It’s been an interesting few weeks. It started on my birthday when I found out that Junot Diaz curated a list for Audible and recommended The Jumbies. That was a pleasant surprise. A further surprise was when he posted a recommended list of authors on Facebook and tagged me. 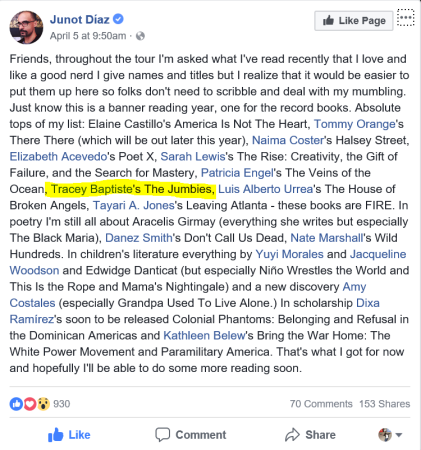 Naturally, I said thank you.

A couple of weeks later, a friend tagged me on Twitter to say that Winston Duke was spotted reading The Jumbies, and she sent me a couple of photos. 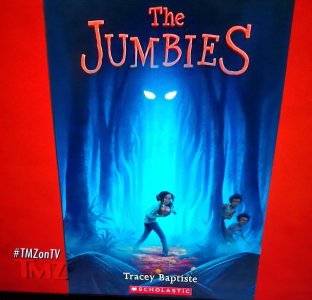 Then my husband found the video on YouTube. (It’s a TMZ clip.)

Duke responded, so I told him about the sequel.

I also got an email recently stating that a civil rights activist who is the subject of my next work of nonfiction (details to come), would be reading my manuscript this week.

Seems like plenty, yeah? Until I got on my flight to Trinidad this morning, on my way to Bocas Lit Fest, and the woman who sat next to me was Anya Ayoung-Chee. We had a brief chat. She’s lovely.

So…it’s been an interesting (and quite unusual, but very enjoyable) few weeks.

Most women understand the power differential that creates inequity between the sexes, and how that is upheld by society. It’s upheld so well, in fact, that I can only say “most women”  because the patriarchy has some of us in its grip. However, even fewer women recognize that same power imbalance when it comes to marginalized groups.

I have had women Blue Lives Matter me, or come into my post on colorism to say that white women have the same problem because of tanning, or whip up a diversity festival only to notice that there are only white people in charge and then reach out to me because of my hue.

Consider this: Suffrage in the United States began in the 1840s and ended nationally in 1920—for white women. Black women like Rosa Parks were still fighting to get their chance to vote in the 1950s. Voter ID laws are still as racist as they were during the Jim Crow era. Women continue to be paid less for the same work (and at different rates depending on ethnicity or their physical/mental ability), and I am still reeling over the numbers from the Caldecott, the Coretta Scott King award, and Edi Campbell’s posts on Black Women in publishing.

Where would we be if women’s movements had always been intersectional? There would certainly be more people involved, and “strength in numbers” is a real thing. NOT being intersectional has its costs. Intersectionality matters.

Then there’s this: mathematically speaking, it’s to your advantage to help others, even if in the short-term it comes at some cost to you. There are three things at work here, “direct reciprocity” (I help you and you help me), “indirect reciprocity” (I help you and someone else sees I’m helpful and helps me later), and “spatial selection” (a group of cooperators is better off than a smaller defector group). You can read all about those here.

The refusal to be intersectional has actively minimized women’s movements, not just because of the division of numbers, or because it ignores the long-term benefits, but also because it requires effort to keep some people down while lifting others up. And it begs the question: if you are holding me down, where can you go? 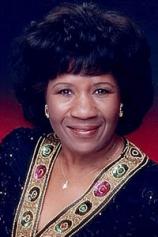 Deloris Jordan, the mother of basketball star Michael Jordan and four other children, once worked as a bank teller, but is now known as an inspirational author and speaker. Jordan is regarded as an advocate for children and families with her work through the James Jordan Foundation in Chicago, Illinois, as well as the Jordan Institute for Families at the University of North Carolina at Chapel Hill. Her book, Family First, highlights the seven principles of parenting and what it takes to raise an accomplished family in a challenging world.

Deloris Jordan has also devoted much of her time to being an acclaimed children’s author. Many of her children’s books are collaborations with her daughter, Roslyn, providing insights into motivated, driven attitude of the Jordan family. Her inspirational books encourage children to overcome obstacles, strive to achieve their goals and work hard! Dream Big is a picture book that follows… 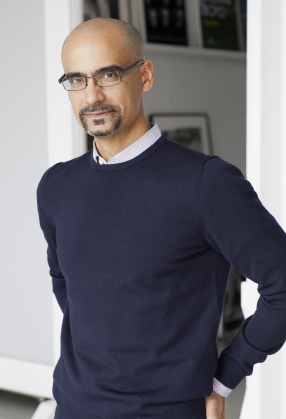 Before I read his moving words, I saw his actions. Pulitzer Prize-winning novelist Junot Díaz was a keynote presenter at a state literary festival. In an article, he was asked to share some authors whose work he appreciated. Out of the more than 100 who were appearing, his mention included me. I’ve never met Junot. The festival roster included blockbuster names. His kind gesture told me everything I needed to know.

Junot believes in celebrating and empowering people of color. Co-founder of Voices of Our Nation Arts Foundation (VONA), an organization dedicated to supporting diverse voices, he champions those whose tales have been unsung. Born in the Dominican Republic and raised in New Jersey, Junot’s powerful stories center the experiences of Dominican immigrants.  What a blessing that he is now writing for the picture book audience.

Craig Robinson is a comedian, actor, and musician whose middle grade JAKE THE FAKE books are described as perfect for fans of Diary of a Wimpy Kid and Big Nate. Jake the Fake Keeps It Real, the first in the series, was written with #1 New York Times bestselling author Adam Mansbach, and NAACP History Maker recipient and cartoonist Keith Knight, draw on Robinson’s own life, including his “most hilarious moments and his experience attending Chicago’s first public magnet school.”

Robinson says that he wrote JAKE because “I wanted to write a book that was fun…inspirational…about finding a talent.” You can see Robinson talk about this and more with Jake himself, in conversation on Youtube:

Learn more about JAKE THE FAKE from Penguin Random House.

When Liara Tamani says she follows her heart, she means it!

She follows her heart when her favorite “jam” comes on, and she’s not ashamed to sing it out loud in public.

She follows her heart by traveling the globe to places some only dream of visiting.

She followed her heart by leaving Harvard Law School, realizing the legal field was not her heart’s desire.

And lucky for us, she followed her heart to create an award-winning, outstanding young adult novel, Calling My Name.

But for those of us who’ve had the pleasure of meeting Liara, it is clear that her heart, and beautiful personality, are huge.

The children’s world of literature is better because of quality writing by this talented author. It is my honor to present:

Even though I’ve always loved writing, I didn’t always realize becoming a writer was a possibility. Growing…

Need a literary justification to visit the Caribbean this spring? Consider the NGC Bocas Lit Festival, taking place in downtown Port of Spain in Trinidad and Tobago. Billed as the region’s premier literature festival, the Lit Fest is devoted to developing and promoting Caribbean authors by hosting five lively days of author panels, workshops, film screenings, and performances. Held at the National Library and Old Fire Station, the festival will run from April 25-29 and is free to the public.
In addition, NGC organizers will be announcing the 2018 prizes for Caribbean literature on April 28. Launched in 2011, these annual awards recognize the previous year’s most notable additions to the Caribbean canon. Last year’s winners included Jamaican poet Safiya Sinclair’s Cannibal (University of Nebraska Press), Augustown by Kei Miller (Weidenfeld and Nicolson) took home the top prize for fiction, and Virtual Glimpses into the Past/A Walk…